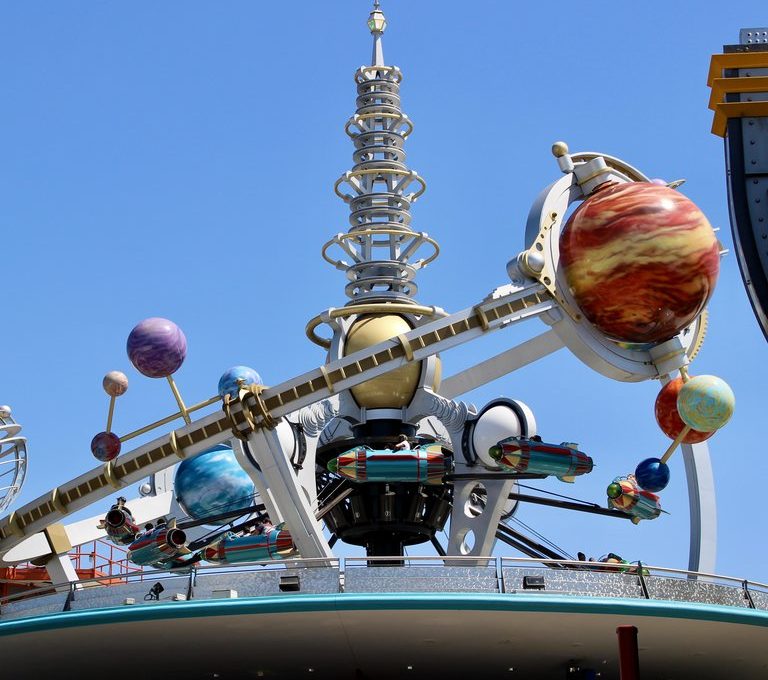 Our family has a high-risk member, which means we don’t take any chances with going out and being in crowds.  That doesn’t make that family member want to be at Disney any less! WDW is opening on his birthday, and he has been joking that BEING AT DISNEY is what he wants for his birthday and says it like we are 100% definitely going.  (We are not. We are firmly planted at home for the time being.)

My children were following all the Disney News, watching Disney YouTube videos to find out what was happening with their beloved Walt Disney World.  They just couldn’t believe that it was closed, since it has only closed for a handful of times since it has been opened.

Watching Disney Food Blog (DFB) YouTube videos became a nightly ritual, since it is something my 10-year and 15-year-old like to watch together. They also discovered that Outschool has some Disney courses, and my youngest was inspired.  We haven’t done them yet, but she started to do some of her own research.  She also went back and read old Main Street Pop In posts, since being older, she has developed a new appreciation for them.  “Mom! MSPI has a bunch of good Disney facts! I didn’t know that!”  She knew I wrote an article or two, and that my conversations with the head of MSPI are always about all things Disney, but she was discovering the “fun facts” that MSPI articles contained, which she loves.

Since my children have been to WDW many times, they are always in search of the unique information the average person might not know about.  This has led to many good YouTube Disney resources: DFB, DisUnPlugged, AllEars.net, Beyond the Backlot, and Paging Mr. Morrow.  They have watched videos of people that have transformed their own houses into a Disney theme.  (They also have discovered many Star Wars and Harry Potter houses, as well!)

Before being quarantined, my children loved to travel to Walt Disney World but were not the researchers I mentioned above. With all that is going on in the world, and with extra time on our hands, they decided to delve further and discovered a rich and magical history that they cannot get enough of.  What a great way to bring some joy into these un-Magical times!

Editor’s Note: It looks like Cat’s kiddos are ready for a career at the Disney Archives!