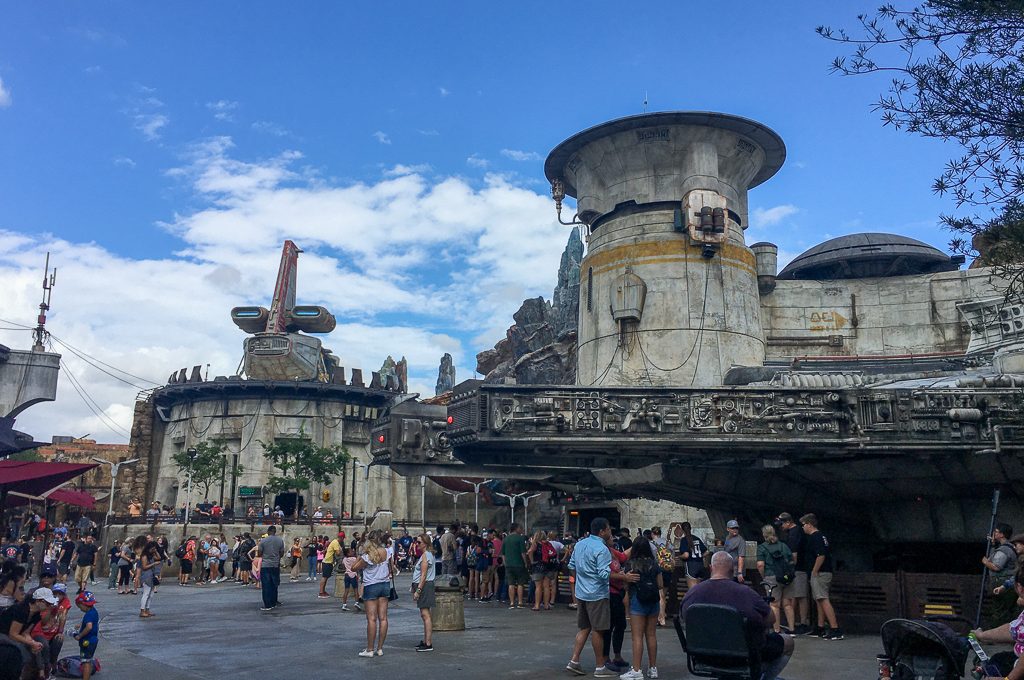 We thought we could wait until after the Star Wars: Rise of the Resistance attraction opened, but recently we were in Central Florida, had some time to kill, and couldn’t NOT GO to Star Wars: Galaxy’s Edge, the newly opened land in Disney’s Hollywood Studios.

We didn’t get to see and do it all. We were only there for 90 minutes. But we did get to pilot the Millennium Falcon and take a few photos.

Our afternoon at Galaxy’s Edge was well spent. Yes, we were sad that we missed the chance to eat at Oga’s Cantina, build a droid, or taste the blue milk. But that time will come. The opening of the second Galaxy’s Edge attraction is only one month away!