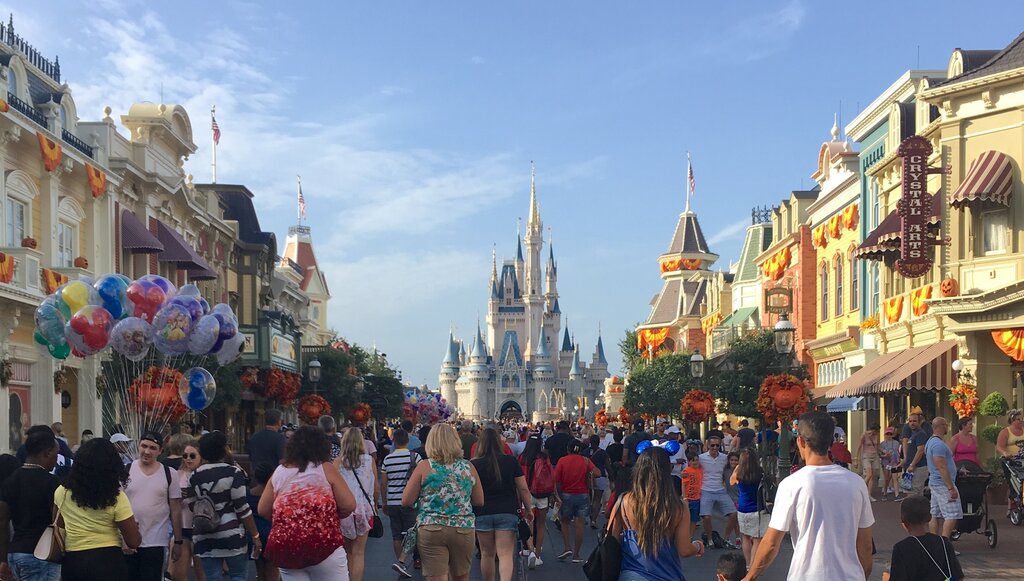 No, we are NOT talking about hot dogs (or anything suggestive), we are referring to the bit of genius that is baked into every Disney park known as “the wienie.”

Wienie is short for wienerwurst, a blend of Latin and German meaning “Vienna sausage”. Walt grew up in a time when wienie meant any type of hot dog. As a pet owner, Walt often used wienies (hot dogs) to get his poodles to go where he wanted them to go. He noticed that by offering wienies, not only did the dogs comply, but they were delighted and happy with their reward.

So, Walt wanted to build hot dog stands all over Disneyland?

Walt wondered if guests could be directed where Imagineers wanted them to go if some sort of visual treat, or wienie, was offered. If something spectacular was dangled in the distance (a castle, for example), would guests go in that direction? And would they be happy when they got there?

The answer was an overwhelming, “Yes”.

Other examples of wienies at Walt Disney World include:

Smaller wienies work too. Inside the Carousel of Progress attraction, the Audio-Animatronic dog that appears in every scene is also referred to as a wienie because it provides something familiar for guests to look for at each point in the story.

These days the term wienie (or weenie) carries with it some negative connotations. Its “nicer” definition means “wimp or jerk” and its nastier reiteration means “penis”. In Walt’s time, the less wholesome definition did exist, but in general, most people meant hot dog when they hosted a wienie roast.

Wienie is just one of many terms referred to as “Disney Lingo”. If you want to see more unique Disney terms, click here. If you have a Disney word that you think should be included, just email us at info@MainStreetPopIn.com.