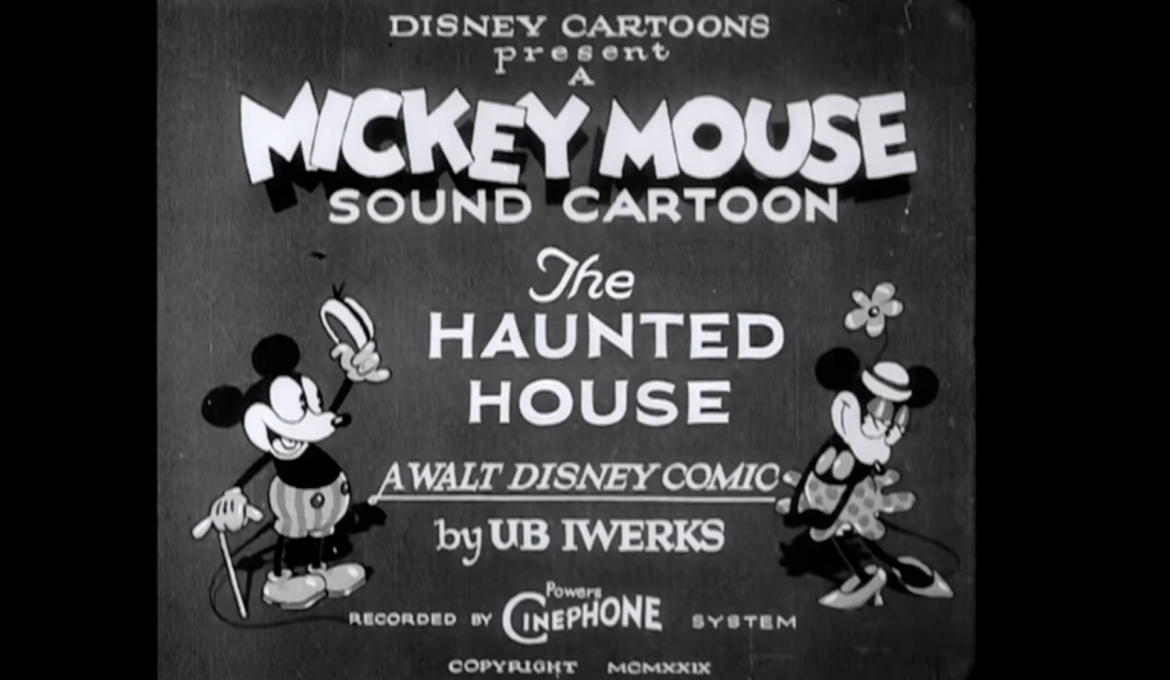 There’s nothing better than a Disney-inspired countdown. For Halloween, here are 13 scary and not-so-scary viewing options for October.

#12 Just Beyond, Coming to Disney+ on Oct. 13 (TV-PG) 2021, 8 episodes. The series is an anthology based on the best-selling BOOM! Studios graphic novel series from children’s writer R.L. Stine (Goosebumps) and artists Kelly and Nichole Matthews.

#10 Trick or Treat, Disney+, (TV-G) 1952, 9 minutes. Donald Duck’s nephews come to visit, but when he offers them tricks instead of treats, a witch steps in to help.

#8 The Haunted House, YouTube, (Rating unknown), 1929, 7 minutes. Mickey seeks shelter from a storm in an abandon house inhabited by a creepy ghoul and skeletons. It appears on a few YouTube channels. The one on Laser Time was of good quality.

#6 Hocus Pocus, Disney+ (PG) 1993 1 hour, 36 minutes. The costumes and chemistry between Bette Midler, Kathy Najimy, and Sara Jessica Parker are what make this film so entertaining. For fans, you might also be excited to know that next Halloween, we’ll have Hocus Pocus 2 to watch!

#5 The Nightmare Before Christmas, Disney+ (PG) 1993, 1 hour, 20 minutes. Is this a Christmas Movie or a Halloween Movie? The debate goes on, but since Disneyland lets the Nightmare crew takeover its Haunted Mansion in October, I’m including it here. Tim Burton’s classic tale of a Pumpkin King looking for joy is the perfect blend on creepy and heartwarming.

#3 Haunted Mansion, Disney+ (PG) 2003, 1 hour, 29 minutes. More slapstick than spooky (just like the Magic Kingdom attraction), Haunted Mansion works great if you want to test your young tween with a “scary movie”. For fans of the attraction, there’s plenty of references you’ll recognize.

#2 Winchester, Netflix, (PG-13) 1 hour, 39 minutes. The widow of the creator of the Winchester rifle believes that the ghosts of those killed by her husband’s invention are seeking revenge upon her. Haunted Mansion’s Imagineers supposedly visited the real Winchester Mansion while working on the attraction.

#1 The Haunting, available for rent on various streaming services, (Rated G, but probably PG by today’s standards), 1963, 1 hour, 51 minutes. A number of Imagineers watch this film during the Haunted Mansion’s development.  It’s not the film’s story that Haunted Mansion fans will relate to, but more likely the visuals. You can see the “inspiration” in the doors that creak and stretch and the gothic wallpaper.

Thanks for joining us for our 2021 Halloween Countdown (emphasis on countdown, this is not a ranking). We tried to blend new stuff with old stuff, add in some 90s throwbacks, and provide a few things for Haunted Mansion fans.

If you have any suggestion for next year’s watch list, email us at info@mainstreetpopin.com