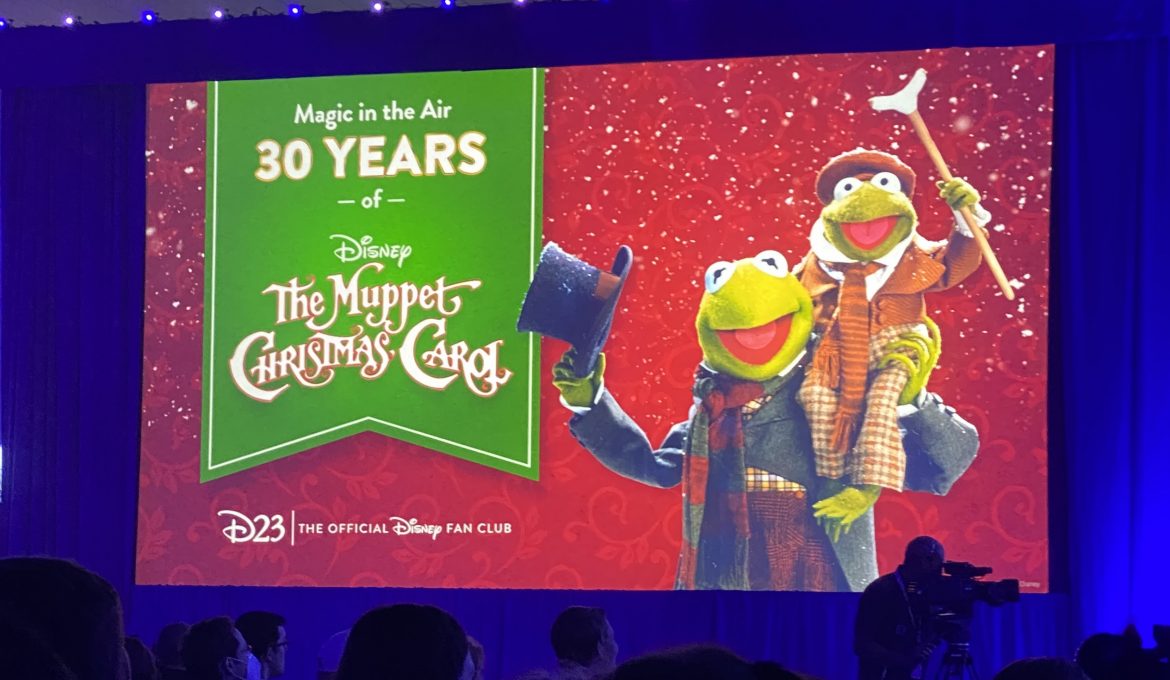 Never missing an opportunity to get a Muppets or a Christmas fix, the team felt the D23 panel celebrating the 30th Anniversary of The Muppet Christmas Carol was a must-do.

The classic story of redemption made great by the narration of Gonzo and Rizzo the Rat, is considered by many (especially those in England) to be the best film version of Dickens’ short novel, A Christmas Carol.

Dave Goelz (the puppeteer behind Gonzo) said it best, “It’s a movie about the way we want the world to be.”

D23’s Magic in the Air: 30 Years of The Muppet Christmas Carol (Sept. 9, 2022) treated fans to over an hour of Muppet magic. It included bloopers, a deep dive into the making of the film, a live performance of the song, When Love is Gone, by Disney Legend Jodi Benson (the voice of the Little Mermaid), and appearances by the stars of the movie – Kermit, Piggy, Gonzo, Fozzie, Robin, the penguins, and the vegetables.

On the panel were: Goelz; Brian Henson, director of the movie and chairman of The Jim Henson Company; Paul Williams, writer and producer of the film’s soundtrack (and famously known for writing the song Rainbow Connection); and Polly Smith, the film’s costume designer. The moderator was entertainer Nina West, who wowed everyone but Miss Piggy with her Kermit gown.

The event was amazing to sit in on. Here are a few fun facts the team learned:

Seeing the D23 Muppets presentation convinced us more than ever that the Disney parks need MORE MUPPETS (Hey, there’s a post about that?).