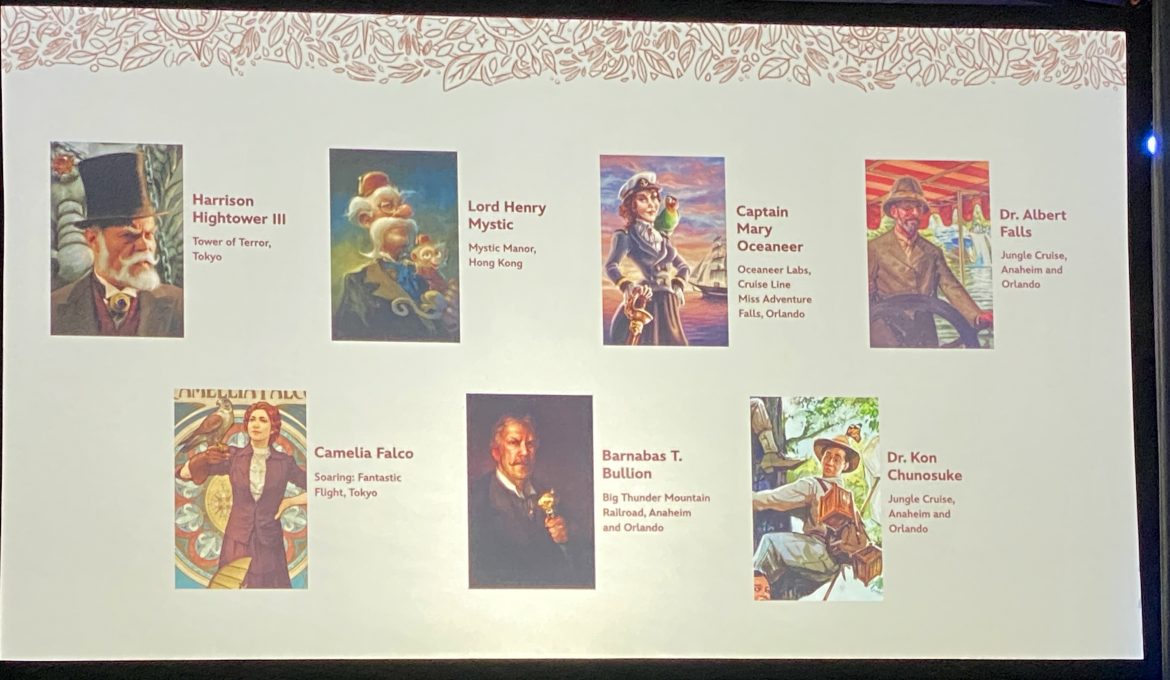 Ever since the Jungle Cruise attraction received a 2021 update with backstories related to the Society of Explorers and Adventures (S.E.A.) fans have been wondering if more S.E.A.-related projects are to come.

At the 2022 D23 Expo, fans were given some tidbits of what’s to come, but not the announcement they were hoping for (more on that later).

According to the D23 Panel — including Mark LaVine, head of Story Development; Charlie Watanabe, senior story editor; Juleen Woods, brand management; and Kiran Jeffery, vice president, Content and Partnership Planning — new S.E.A. members are coming, something top-secret will be added to Disney+, a second novel is in the works as a follow up to Shinji Takahashi and the Mark of the Coatl by Julie Kagawa, and Imagineers are looking for ways to logically expand S.E.A.’s presence in both Disneyland Paris and Animal Kingdom.

So, for those who are not familiar S.E.A., what is it?

According to the panel, “it is a global organization to right wrongs.”

Who are the members of S.E.A.?

Those featured during the panel included:

Now for the elephant in the room.

During the question and answer portion of the session, inquiries came up about the Adventures Club — a former nightclub on Pleasure Island that had a massive cult following and was revealed several years ago to have been founded by a member of S.E.A. Fans wanted to know, “would the Adventurers Club ever return?”

It was clear the panel knew this question would be asked, but not a shred of hope was offered to suggest a reopening of the beloved Club. For now, the addition of more S.E.A. characters and park Easter Eggs will have to suffice.

References: D23 2022 Expo Panel: Inside Look at the Society of Explorers and Adventurers, 9/9/22; https://disney.fandom.com/wiki/Society_of_Explorers_and_Adventurers; https://jungleskipper.com; Disney A to Z The Official Encyclopedia – 5th Edition by Dave Smith