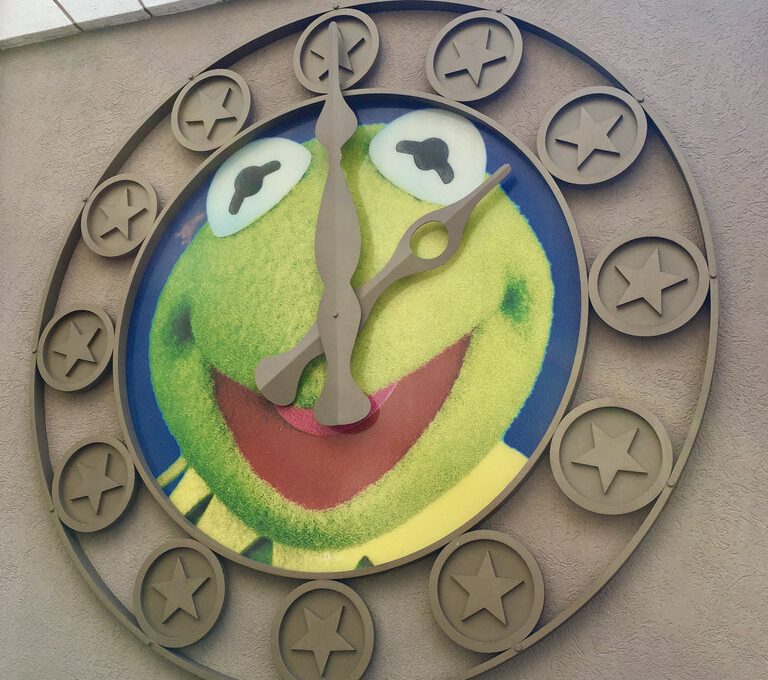 If I were to build a Mount Rushmore-style monument to honor the creators of iconic characters, it would definitely include the busts of Walt Disney and Jim Henson.

Jim Henson’s Muppets are as beloved to me as Mickey and the gang. Disney acquired the Muppet franchise in April of 2004, but in my opinion, Disney just hasn’t utilized the characters enough at its parks and resorts.

Right now, the Muppets own a small corner of Hollywood Studios where they are the stars of Muppet*Vision 3-D, a quick-service restaurant called PizzeRizzo, the Stage 1 Company Store (listed as temporarily unavailable at this time), and Gonzo’s Royal Flush (a bathroom). Between 2016 and 2020, the Muppets were also a part of the Magic Kingdom’s Liberty Square, but sadly The Muppets Present…Great Moments in History is no more.

In Epcot, Muppets are featured very little. Miss Piggy and Kermit appear as topiaries during the Flower and Garden festival and Sam Eagle’s likeness appears at the Regal Eagle Smokehouse at The American Adventure Pavilion.

The Muppet Christmas Carol is one of the greatest retellings of the Charles Dicken’s tale. I would like to see Disney add an abbreviated live stage-version of the musical to the Mickey’s Very Merry Christmas Parties. The show must include the songs One More Sleep ‘til Christmas, It Feels Like Christmas, Thankful Heart, and Christmas Scat.

When and wherever Disney decides to reopen the EPCOT Character Spot, it would be great if they added Kermit, Miss Piggy, and Fozzie to the mix.

If Aerosmith ever decides to leave Rock ‘n’ Roller Coaster, I say give it to Dr. Teeth and The Electric Mayhem. I can picture the pre-show already and imagine the coaster rocketing into a tunnel shaped like Animal’s wide-open mouth.

# 4 Hosting Dinner and a Show

Disney’s dinner theater show, Hoop Dee Doo Musical Revue, is wildly popular, so why not add another dinner and a show option themed to the Muppets? It could be a throwback to the original television series.

When parades march down Main Street U.S.A., the Muppets need to be included. Miss Piggy would be perfect atop a Rose Bowl-esque parade float.

Wouldn’t it be funny to add a replica of the El Sleezo Cafe (from The Muppet Movie) to the BoardWALK? This would be a no kids-allowed, hole-in-the-wall place to grab a beer and hear live music from Rowlf.

At Animal Kingdom, the Muppets could take of over Dinoland U.S.A.’s carnival games. Maybe more guests would play if the Muppets were calling the winners and Muppet toys were the prizes. (I also love the idea of Fozzie, Gonzo, or Rizzo making surprise appearances on the Kilimanjaro Safaris as guest tour guides.)

So, you see, there are lots of ways the Muppets could naturally fit into the Disney experience.

Now about that Mount Rushmore idea, Charles Schultz would be my third choice for the monument, but I just can’t figure out the best candidate for the fourth. What do you think?