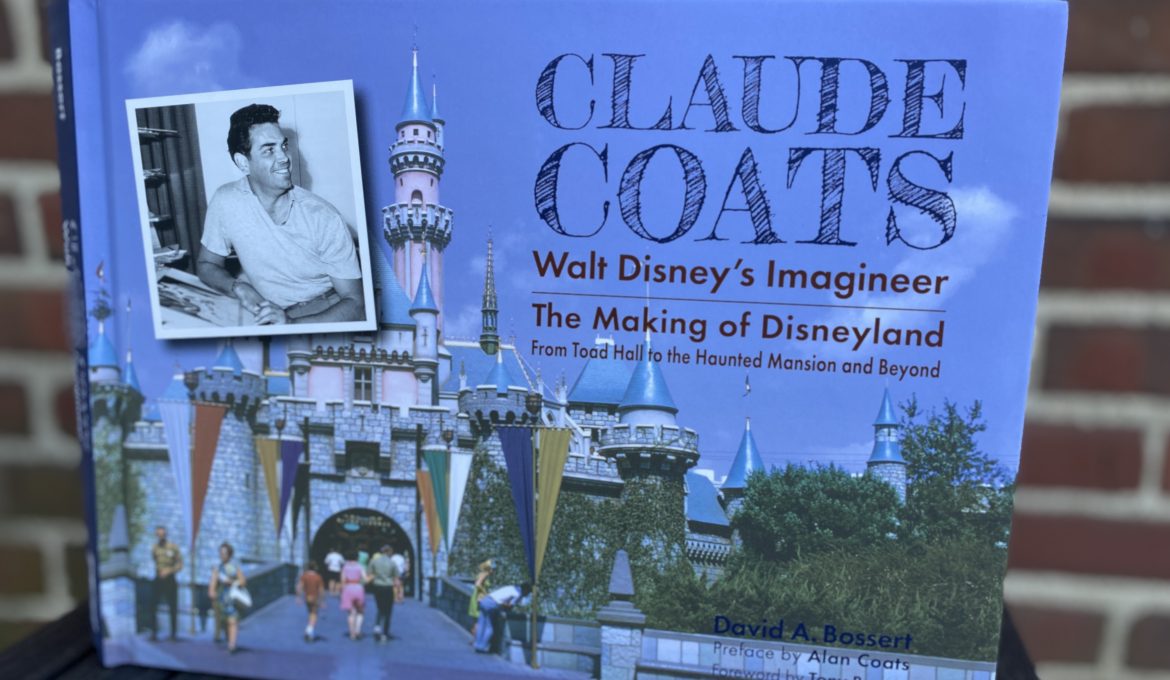 Just when I think everything there is to write about Disney has been written, something new comes along!

An inspiring and beautiful new coffee table book, Claude Coats: Walt Disney’s Imagineer, The Making of Disneyland from Toad Hall to the Haunted Mansion and Beyond, is coming to bookstores in November and it truly is a MUST HAVE for Disney history fans.

Claude Coats: Walt Disney’s Imagineer, The Making of Disneyland from Toad Hall to the Haunted Mansion and Beyond, contains never-seen-before photos, examples of Coats’ personal artwork (after I post this, I’m going to www.ClaudeCoats.com to check out the giclee prints for sale), and a deep dive into a man who loved his work and was loved by his co-workers.

Coats lived from 1913-1992. He was one of – if not the best – background artist during Disney’s “Golden Age of Animation.” He worked on Snow White and the Seven Dwarfs, Pinocchio, Cinderella,Peter Pan, and dozens of other Disney masterpieces. When Walt Disney wanted to open a theme park, he called on Coats to help get the job done. That is when Coats’ animation career ended and his second career as an Imagineer started. Those first 15 years of Coats’ early Imagineering work is what Claude Coats: Walt Disney’s Imagineer, The Making of Disneyland from Toad Hall to the Haunted Mansion and Beyond dives into.

I could go on and on, but I don’t want to spoil anything for you. However, I will leave you with three fun facts I discovered while reading the book.

Fun Fact #1: Despite no one in the 1950s ever having seen the earth from space, Coats was such a gifted artist that he was able to help create an aerial view of the U.S. for Disneyland’s Space Station X-1 attraction.

Fun Fact #2: Imagineers played around with the idea of a uranium hunt attraction at Disneyland. Yeah! The idea was to have guests search for low-level radioactive rocks using a Geiger counter.

Fun Fact #3: Did you know that it was Claude Coats who invented the Carousel of Progress’ circular theater?

Claude Coats: Walt Disney’s Imagineer, The Making of Disneyland from Toad Hall to the Haunted Mansion and Beyond, is published by The Old Mill Press and available for pre-order.

Visit www.theoldmillpress.com or any other major bookstore or retailer to obtain a copy. Current pricing ranges from $58.50 to $65.

To see more book suggestions, check out the Main Street Book Club page. Our list is small right now, but we plan to keep adding to it monthly!