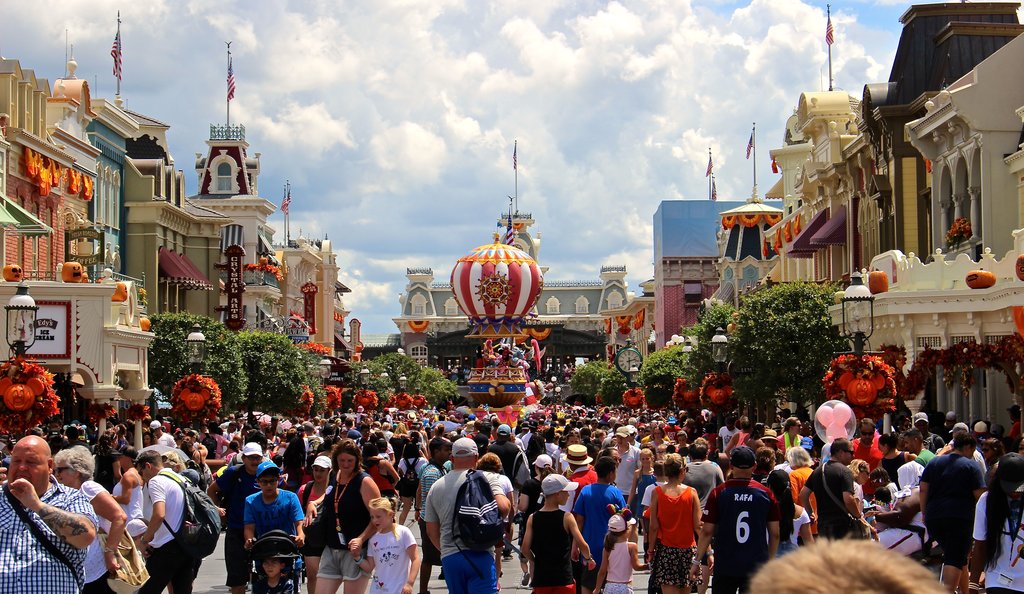 But with the opening of Star Wars: Galaxy’s Edge in Disney World’s Hollywood Studios on August 29 (the land has already opened in California) the world has yet to experience the extent to which “Disney Crowded” actually means. Are you ready?

It always breaks my heart when I meet someone who has become a Disney-hater because of “the crowds”. It doesn’t have to be. Lots of things are better when shared with a crowd—like sporting events, parties, New Year’s Eve, parades, and concerts. Can you image the Olympics or a royal wedding without crowds?

If you travel to the parks a lot, you have obviously adapted to the crowd issue. You may even enjoy going on hyper busy days—like holidays, spring break, or major openings (not to wait in line, just to sit on the bench and watch people lose their minds).

Honestly, I had never been to Disney on a supremely crowded day until I had the chance to pop in over spring break. Wait times for all the popular rides were the longest I had ever seen in person and walking down Main Street USA was a bear, but I expected that. Here were some things I did not expect.

Hey, Disney never closed the park—which is the ultimate sign that you have arrived on a supremely crowded day (like Christmas Day or the 4thof July). I’m guessing Hollywood Studios will see a few park closings once Star Wars land opens.

The dictionary defines crowded as: filled to excess; packed or uncomfortably close together. So, by definition, Disney is crowded 365 days a year.

For the frequent Walt Disney World visitor—who has been through the worst of crowds and the best—how would you finish this sentence?

“You know it’s a REALLY crowded day at Disney when…”

Be creative. What’s the quirkiest answer you can thing of? A healthy sense of humor takes the sting out of Disagoraphobia (the fear of Disney Crowds).