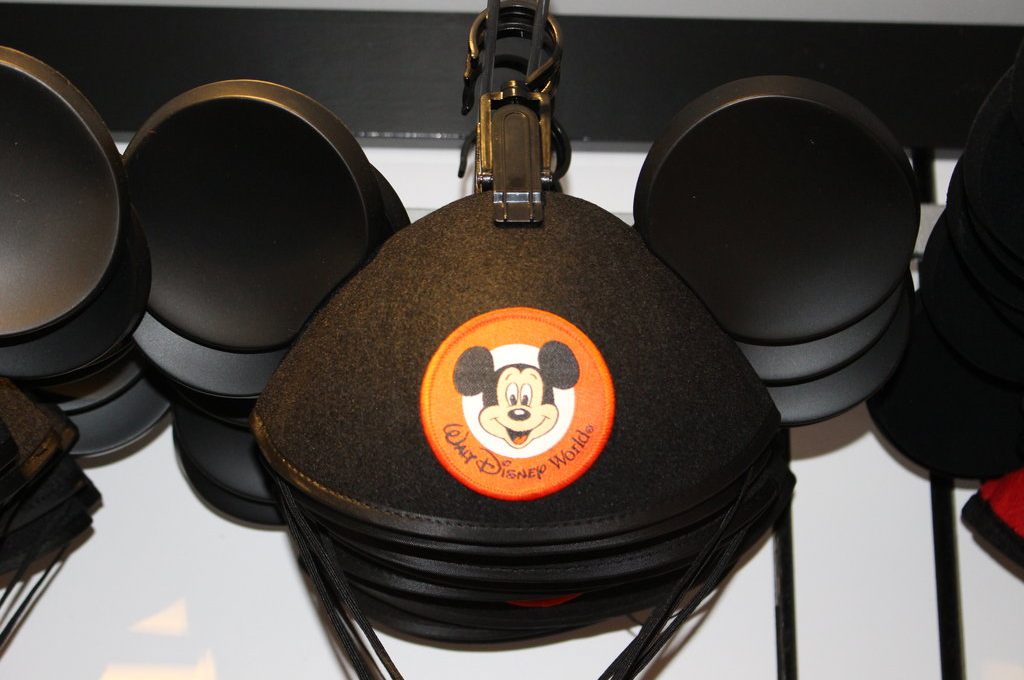 Walking into The Chapeau is one of our favorite stops on Main Street, U.S.A. We love checking out the wall of ear hats hanging on display and hearing the sewing machines buzzing as they embroider all those names on the back.

According to the Walt Disney World News website, “there are enough of the famous ‘Mouse Ear’ hats sold each year to stretch 175 miles or cover the head of every man, woman and child in Orange County, Florida.” Using the most recent (2010) US Census numbers for Orange County, that puts ear hat sales at about 1,145,956 per year.

Ear hats got their start as part of the uniform worn by the cast members of the Mickey Mouse Club. The hats were later replicated for sale to guests.

Today, buying an ear hat is almost a rite of passage for Disney visitors. The traditional hat is still the most popular, but the choices have expanded over the years to fit every fan’s taste. Fan sites exploded a few months ago when Disney Parks announced the release of new rose gold Minnie ears. The sparkly ears quickly sold out spreading panic among those who failed to acquire a pair. Luckily, Disney was able to restock for the holidays. Whew!

In December, the popularity of ear hats was used to leverage a $2 million donation for Make-A-Wish, the charity that grants wishes to children diagnosed with a life-threatening medical condition.  Through a “#Share Your Ears” campaign, Disney agreed to donate $5 for any photo posted on social media featuring “ears.”

So, the next time you visit Disney, don’t forget to stop in and check out the latest edition to the ear hat collection. Keeping a pair on the shelf at home is just one of the many ways to keep that “Disney feeling” with you all year round.

Click Here to Subscribe to the Main Street Pop In Newsletter. Every Monday, we “Pop In” with a quick fix to brighten your day. It’s like taking a quick trip to Disney every week.