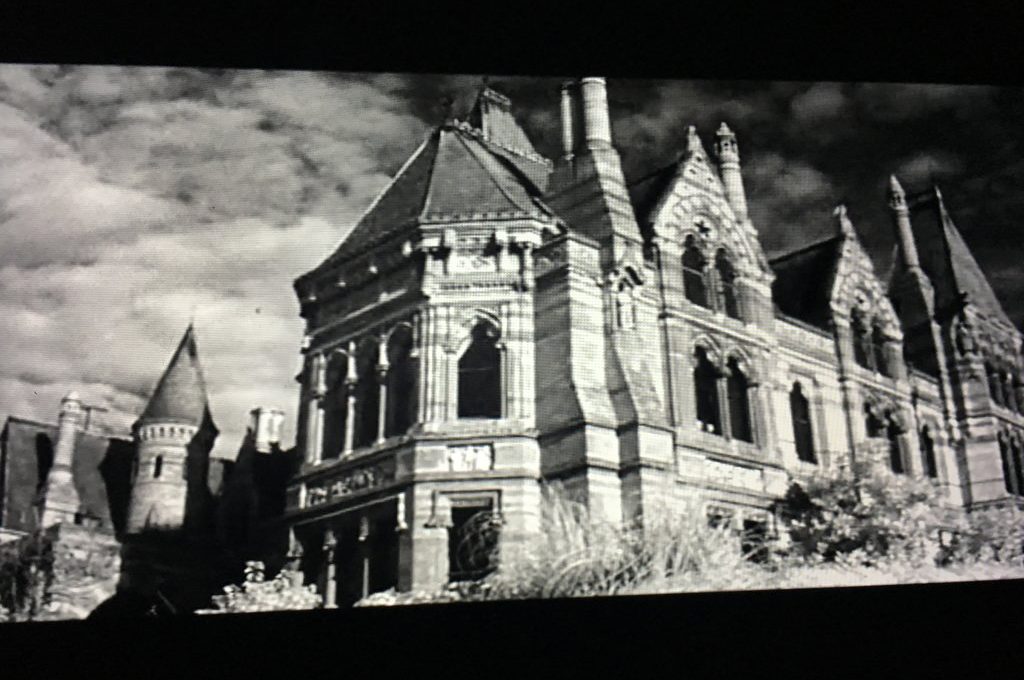 Halloween is around the corner and I’ve been preparing myself by binging on Netflix’s new series The Haunting of Hill House.

What does any of this have to do with Disney? Let me tell you.

Long before Netflix, The Haunting of Hill House was a suspense novel written by Shirley Jackson and published in 1959. If you’ve never read it, it’s a great pre-Halloween read. It’s the story of a neglected woman, Eleanor Vance, who is invited by a doctor studying the paranormal to spend time at a haunted house. Also invited are Theodora, a woman with ESP, and Luke Sanderson, a playboy set to inherit the house. The doctor assembles the group to study how the presence of Nell and Theo awaken the house. The rest you can read for yourself. It’s pretty short, only about 180 pages.

Again, what does this have to do with Disney?

So, in 1963, director Robert Wise made a film version of the Jackson novel, entitled The Haunting. The film starred Julie Harris (Nell), Claire Bloom (Theo), Richard Johnson (the doctor), and Russ Tamblyn (Luke). The Haunting remained fairly true to the novel, and if you are a fan of The Twilight Zone, you will like how the story is told.

The Haunting was popular, and many experts on Disney history think that the Imagineers responsible for designing the Haunted Mansion must have watched the film during the time the ride was being developed.

If you watch the 1963 movie, you can definitely see an influence. The dark wood, low ceilings, gothic architecture, and sprawling maze of rooms all feel familiar. Two details especially jump out, the hallway and the wallpaper.

Besides the design of the Disney ride, a second influence is the feeling that the Hill House and the Haunted Mansion is intended to give visitors. Both houses emit energy as if they are watching guests; reaching out to grab and draw them in; and begging them to stay.

“They made houses so oddly back when Hill House was built,” Jackson wrote. “They put towers and turrets and buttresses and wooden lace on them, even sometimes Gothic spires and gargoyles; nothing was ever left undecorated.”

Later, Jackson added, “Hill House seemed to be awake, with a watchfulness from the blank windows and a touch of glee in the eyebrow of a cornice.”

In 1999, a remake of The Haunting was made starring Liam Neeson (the doctor) Catherine-Zeta Jones (Theo), Owen Wilson (Luke), and Lili Taylor (Nell). Jan de Bont directed. The film made a lot of changes to the original story and added a little blood and gore. It’s definitely not as good as the 1963 movie.

So that brings us to Netflix’s version of The Haunting of Hill House, about a family of seven who lived in Hill House in 1992. The show uses the character names of Nell, Theo, and Luke for three of the five siblings in the show. The two remaining siblings are new characters, Steven and Shirley (perhaps a nod to Shirley Jackson). There is no doctor in the Netflix version, but the role of the father, Hugh Crain, is similar. (In the book and films, Hugh Crain is the name of the millionaire who built the evil house.)

HHH is not for the faint of heart. It adds the intense gore and visuals of ghosts and monsters lacking in the book and films. Click here to see a clip of Netflix’s creepy Hill House hallway.

Although character names and some plot points do match Shirley Jackson’s work, the series is mostly original storyline.

One delightful common thread, however, is the Hill House caretakers, the Dudleys. Mrs. Dudley has the best chilling lines, “I don’t stay after six. Not after it begins to get dark. I leave before the dark comes. So there won’t be anyone around if you need help. We couldn’t hear you, even in the night. No one could. No one lives any nearer than town. No one else will come any nearer than that. In the night. In the dark.”

Happy Halloween everyone, and thanks again for Popping In!