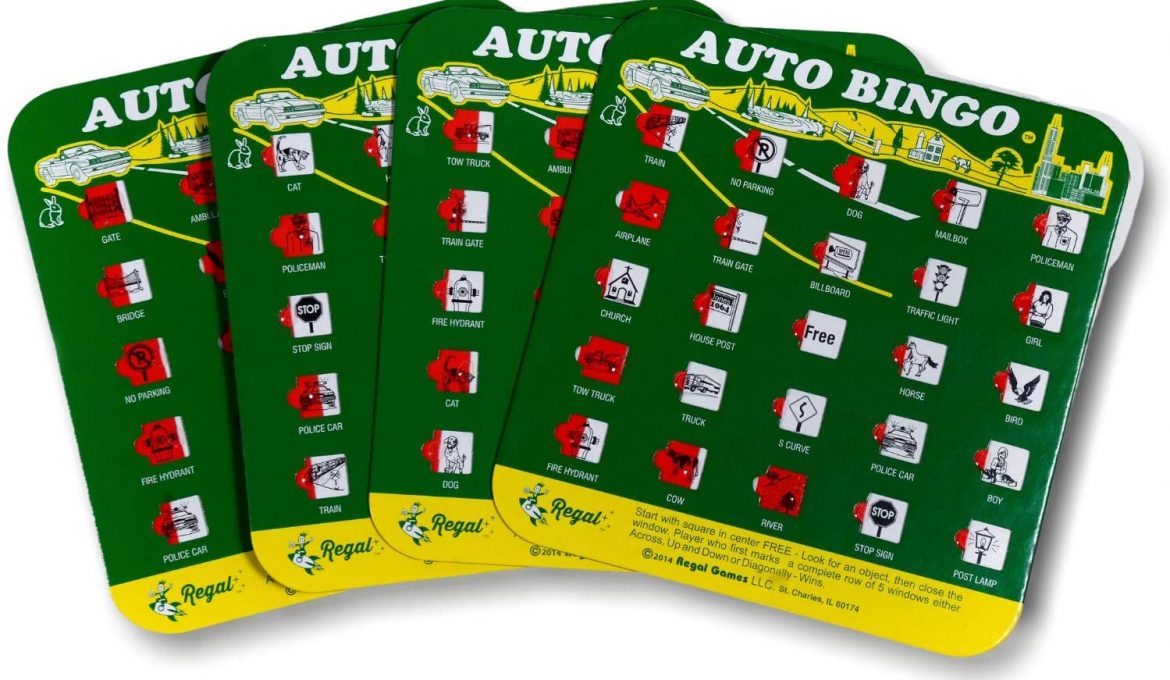 Traveling to the Magic by car was definitely nuts when Walt Disney World opened in 1971 –seatbelts were optional, there were long stretches with only AM radio stations, air-conditioning wasn’t standard in a lot of vehicles, and the only entertainment was auto bingo.

I’m proud to say I survived at least three Disney road trips during this curious time. Twice in my parent’s woody station wagon and once in my aunt and uncles’ slick sedan.

Since drive-time north to south was at least 26 hours (remember the speed limit was 55 mph back then), it took two days to get there from the Midwest. During the journey, I know I moved about the vehicle quite often. I’m not sure which spot was the most dangerous, but my three favorites make me cringe today.

Then there was the time that I had the chance to ride to Florida in-style in my aunt and uncle’s air-condition sedan. (I knew it was fancy because it had power windows and cloth seats.) But, after 8 to 10 hours, even the comfort of a new car gets boring so, to shake things up, I’d perch myself on that small ledge between the back seat and the rear window. Good times.

I’m immensely proud that I was born in the 70s (just like the Magic Kingdom) but car travel was not a highlight. Fortunately, driving to Disney isn’t so bad in these modern times. Thank the stars for car seats, iPads, Google Maps, Clorox Wipes, and the Holiday Inn Express. I don’t miss how we could see the road from the rusted-out hole in the floor, the questionable sandwich that was made two days ago, and the one-time Dad cut across six lanes of traffic near Atlanta to keep us on the right route.

The happy ending to all this is that we made it to Disney then, and we’ll make it back again soon. COVID-19 might be throwing us for a loop right now, but the family car is gassed up and ready for the day we can hit the road.

It won’t all be perfect. We’ll endure several hundred rounds of 99 Bottles of Beer on the Wall and pee at questionable rest stops, but it’ll happen.

I think it was my aunt who said it best, “we’ll get there when we get there.”