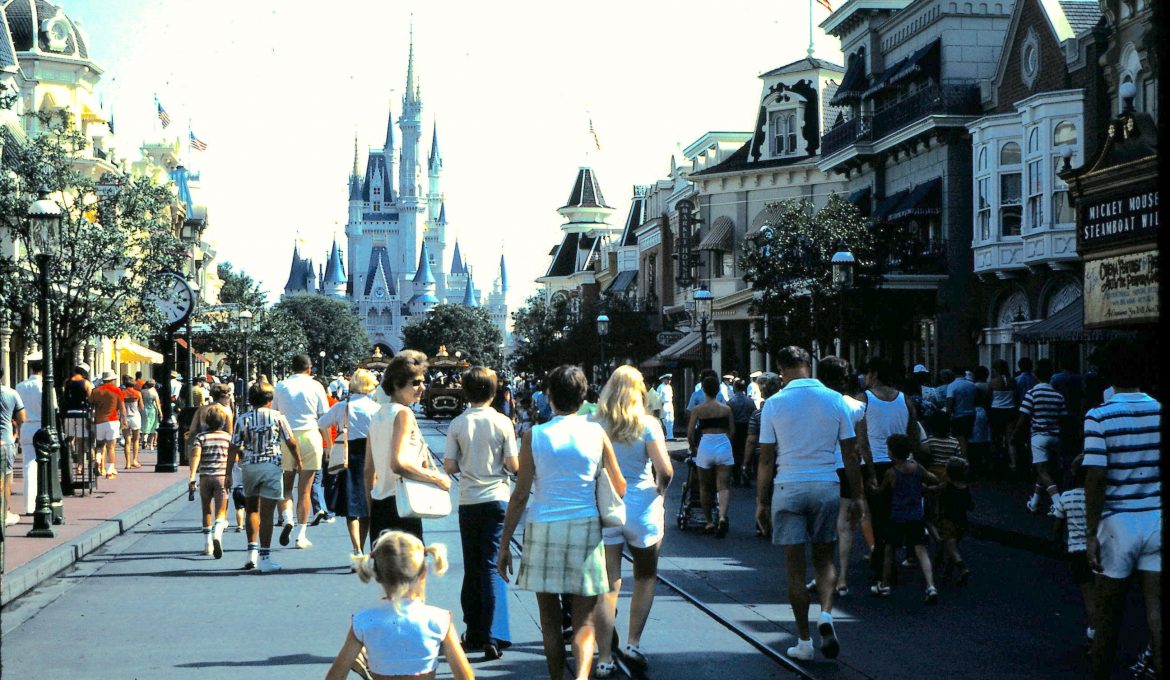 Unfortunately, my young parents failed to grasp the subtle hints my six-week-old body was offering during this exciting time in history, and we missed visiting the Magic Kingdom that opening year. Now, as the 50th Anniversary approaches, I’ve decided to look back at what attractions from 1971 still operate today.

Research on this subject led me straight to a Disney Parks Blog from September 26, 2011 that had some valuable information direct from The Walt Disney Archives. The blog posted a copy of the Magic Kingdom’s very first guide map. It was a two-page goldmine.

In 1971, park maps weren’t printed in the form they are today. Disney published a newspaper called The Walt Disney World News, and a guide to the Magic Kingdom was included on pages 4 and 5.

(Side Note: it looks like the term “castmember” wasn’t used yet. In the guide, guests are asked to direct questions to any host or hostess.)

For this article, I’m just going to concentrate on the attractions that were open in 1971, and I highlighted in blue those that still exist today. Although much has changed, there is still so much that remains in the park today.

To start with, there are the six lands: Main Street U.S.A. (my favorite), Adventureland, Frontierland, Liberty Square, Fantasyland, and Tomorrowland. Guests needed a A, B, C, D, or E ticket for each ride. An “A” ticket cost 10 cents and an “E” ticket cost 80 cents for kids and 90 cents for adults.

When it came to rides, Fantasyland was THE STOP in 1971. It was home to It’s A Small World (E), Skyway to Tomorrowland (D), Dumbo, The Flying Elephant (C), Peter Pan’s Flight (C), 20,000 Leagues Under the Sea (E), Cinderella’s Golden Carousel (A), The Mickey Mouse Revue (E), Snow White’s Adventures (C), Mr. Toad’s Wild Ride (C), and Mad Tea Party (C). Cinderella Castle and Pinocchio Village were two attractions that could be visited without a ticket. Technically, Peter Pan opened on Oct. 3 and Leagues on Oct. 14, but I’m still going to consider them original attractions.

Last, we come to Tomorrowland. It’s crazy to think that in 1971 there was no Space Mountain. On opening day Tomorrowland only had two attractions, the Grand Prix Raceway (C) and the Skyway to Fantasyland (D).

That’s the list. I can’t wait for my next visit to Magic Kingdom to ride some of these classics. I might even create an “Opening Year Challenge” for myself and see if I can get them all in in one day.